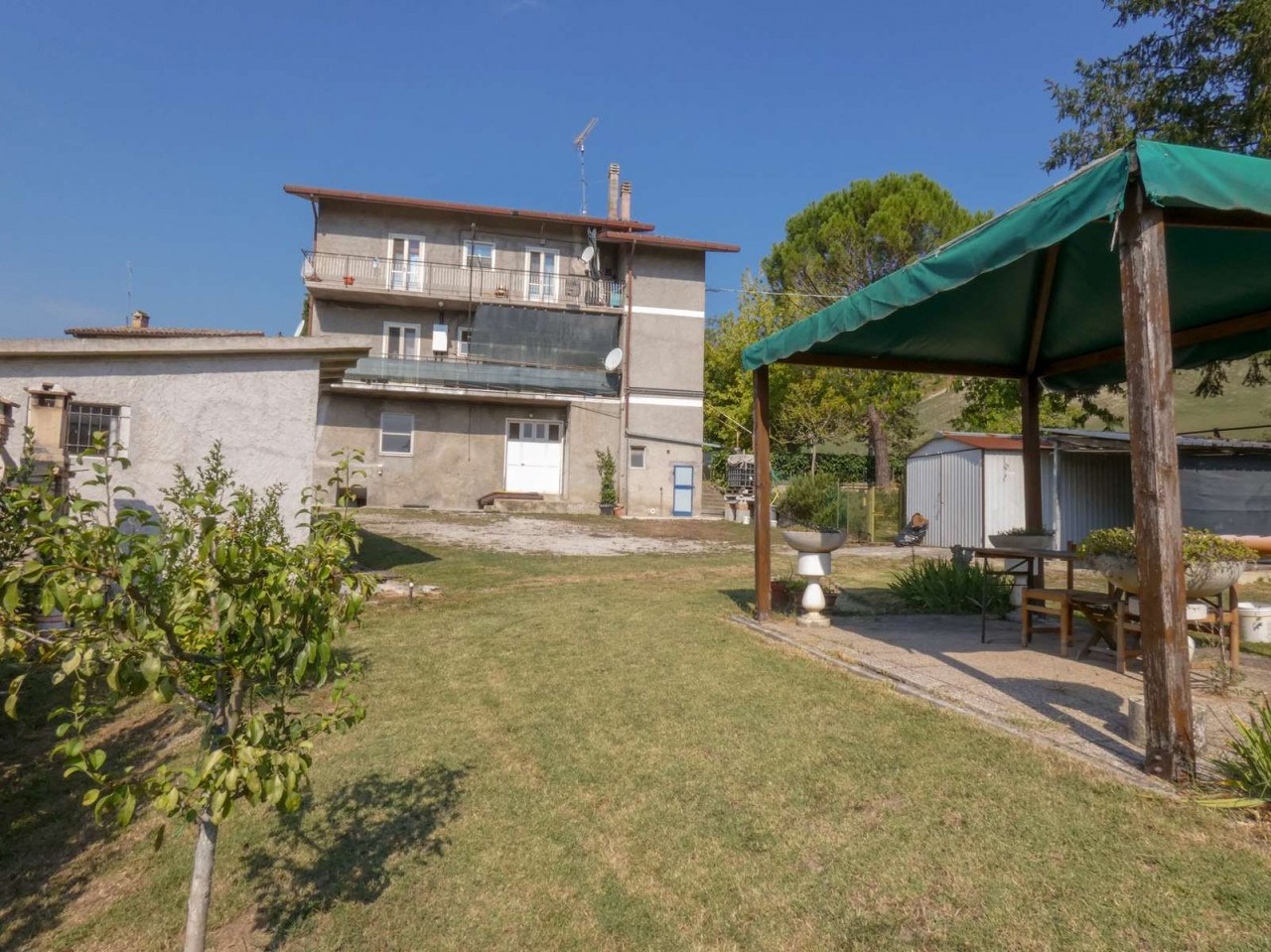 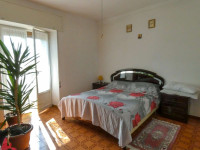 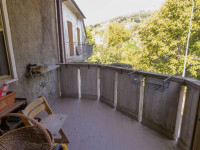 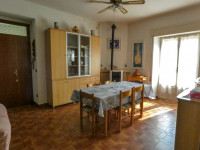 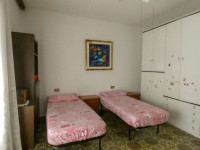 43.78864683278561 12.464182376861574
FOR SALE detached house located in the village of Apsa, a short distance from the town of Macerata Feltria. The property consists of a large external courtyard and a house on three levels in which two separate independent apartments are housed.
The apartments are accessible along a few meters of driveway from the nearby provincial road that connects the Foglia valley with Macerata Feltria; this small road runs along the back of the building and leads to the front and the private courtyard. A staircase for shared use allows you to reach both apartments placed on the first and second floors.

The apartment on the first floor is characterized by a central hallway, which also acts as an entrance, from which it is possible to reach all the rooms on the floor. On one side there is the living room with a small balcony, on the opposite side there is the dining room. Continuing along the central hallway it is possible to reach the kitchen, the bathroom and the two large bedrooms. On the front of the building there is a balcony that overlooks the courtyard.
The apartment on the second floor, like the previous one, is spread over a plant of about 100 square meters but, unlike the "twin" on the lower floor, it is characterized by a large open space at the entrance that serves as a living room (with balcony) and dining room, with a direct access to the kitchen and to the sleeping area. A small corridor allows access to the bathroom and to the two large bedrooms.
On the ground floor there are large spaces previously used as workshops and warehouses and which could be used as a garage and/or as a tavern.
In front of the house there is a large outdoor area with an surface of ​​about 1000 square meters in which there is a practical wooden outdoor gazebo, a brick barbecue, some fruit trees and some outbuildings.